They say music soothes the soul and that it can even calm the most savage of beasts. When people are tired or depressed, they often listen to certain songs to inspire themselves or uplift their spirit.

So what about anime songs? Japanese media website DDNavi ranks which anime are the best to listen to when you are depressed or tired.

The very funny girls of the Going Home Club can most certainly make you forget your worries with their wacky antics and it would seem that their happy and lively opening theme  2 Gakki Debut Daisakusen!! can also uplift some spirits. 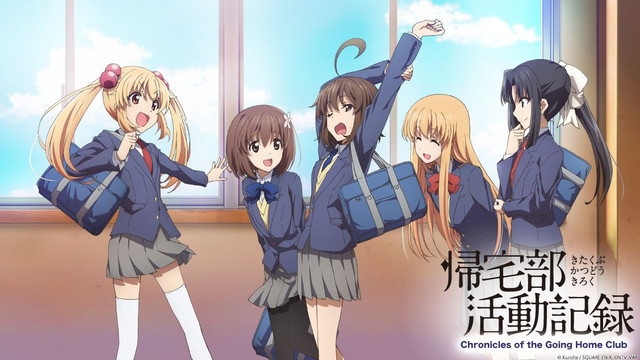 Coming in at 9 is the opening theme for the first season of Strike Witches which can uplift your tired spirits with its upbeat tune and positive lyrics.

High school girls becoming idols to save their school is certainly inspiring and its opening song, Bokura wa ima no naka de will certainly liven up your tired spirits.

The adventure-filled shounen anime Zatch Bell has inspired many fans and its opening is just as inspiring.

Anime: The King of Braves GaoGaiGar

The “burning hot” opening of mecha anime “The King of Braves GaoGaiGar” contains a lot of passion and is enough to rock out some downtrodden spirits.

Personally, I wouldn’t recommend watching Madoka Magica if you are depressed as this anime has been known to worsen that depression. However, its opening song Connect can surely uplift your spirits as it is a very beautiful song… just don’t think about how depressing the anime this song is from.

Considered Nintama Rantaro’s best opening song, Yuuki 100% has beautiful and inspiring lyrics and an upbeat feel that will certainly take your worries away.

Minami-Ke’s first opening song was sang by the three main voice cast members namely Rina Sato, Marina Inoue and Minori Chihara. The comedy anime about three sisters can most certainly make you forget your problems and the opening song is just as uplifting.

2- We Are! by Hiroshi Kitadani

The song ain’t only uplifting but it will also inspire you as the lyrics urge people to chase their dreams. This opening song has been translated into many languages including English and the song is just as uplifting.

Ahhhh the original Digimon Adventure, the anime which just nudges the childhood of a lot of people. Butter-fly is most certainly uplifting and this may just be Kouji Wada’s best Digimon song yet. The guy who sang a majority of the songs from all Digimon series most certainly rocked a lot of childhoods and it is no surprise that his awesome voice can uplift some people who are down in the dumps.

Do you agree? Are there any other anime songs that you think can uplift people who are tired or depressed?

You can also read more about anime as well as other rankings here on SGCafe.  Also join in on the community’s discussions at http://forums.sgcafe.com